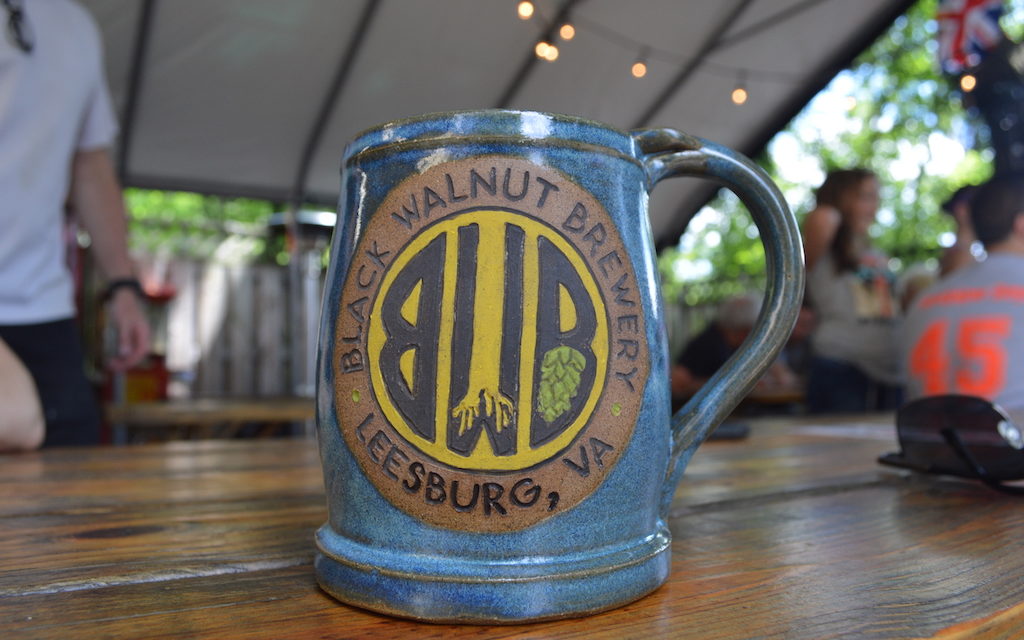 Some great ideas can come to a fellow while drinking beer under the shade of walnut trees.

When Patrick Wilt, owner of Black Walnut Brewery, first bought the location in the historic district of downtown Leesburg, it needed a lot of work. In the middle of doing renovations on the 1895 farming property, inspiration struck. What would happen if I brewed extra beer…maybe some neighbors would like to join me?

His question was met with a resounding yes. It was a busy Saturday afternoon as Brewdoun dropped by for a visit. Children happily played while parents enjoyed cold brews. A group of cyclists had stopped in for refreshments. The location buzzed with organic warmth and the intimate laughter of friends.

Ten years earlier Patrick was originally interested in distilling tequila while living in Texas. His frustration with the laws ultimately led him down the path of brewing beer…to our benefit.

His brewing style is more traditional: English, German, Belgian, and Irish but he sticks true to recipes. Patrick shared he’s no inventor but with these classic styles, no one is complaining. A fellow visiting from Munich for example, was quite elated that Patrick’s beer was the first to take him back home.

Matt Leonard, Brewdoun’s Chief Flight Taster, enjoyed the Black Lab Porter with strong roasted notes and deep flavor all the way through. The Summer Ale was light and fresh, a perfect beer to stop in for while walking around downtown Leesburg. Matt found Patrick’s Kolsch to be malty and crisp, the same beer an international judge raved about. Their lager was a great session ale, a nice repeat offender for those coming off the W&OD Trail. Black Walnut hosts live music along with a food truck every weekend. Every third Thursday of the month they also have trivia with The Humane Society. For $10, one can get a $1 off all drinks and be entered in a raffle for the night.

One thing that isn’t questionable is the brewery’s love of dogs. With fundraising events and beer titles honoring their furry friends, it’s obvious. (Also to note: There is a much larger fundraising event with The Humane Society in October – stay tuned!)

They are also quite family friendly with everything from an upstairs sitting area (I saw a teen watching TV) and pea gravel that the little guys found endless entertainment in. Throw a popcorn machine and sodas in the mix and families are constantly stopping by during their walks through downtown or bike rides on the W&OD Trail.

The delightful community at Black Walnut all began with someone simply desiring to share their love of beer with friends. Patrick has unwittingly proved a great point: No one needs to be an inventor to create something quite blissful. 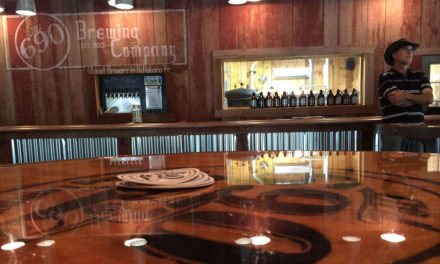 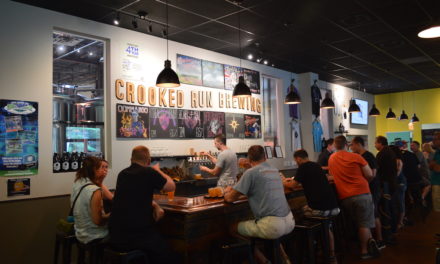 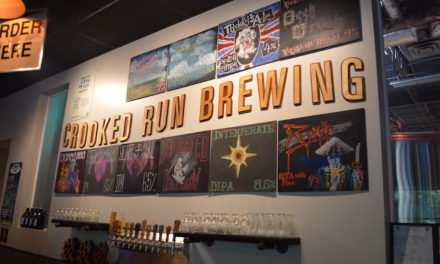 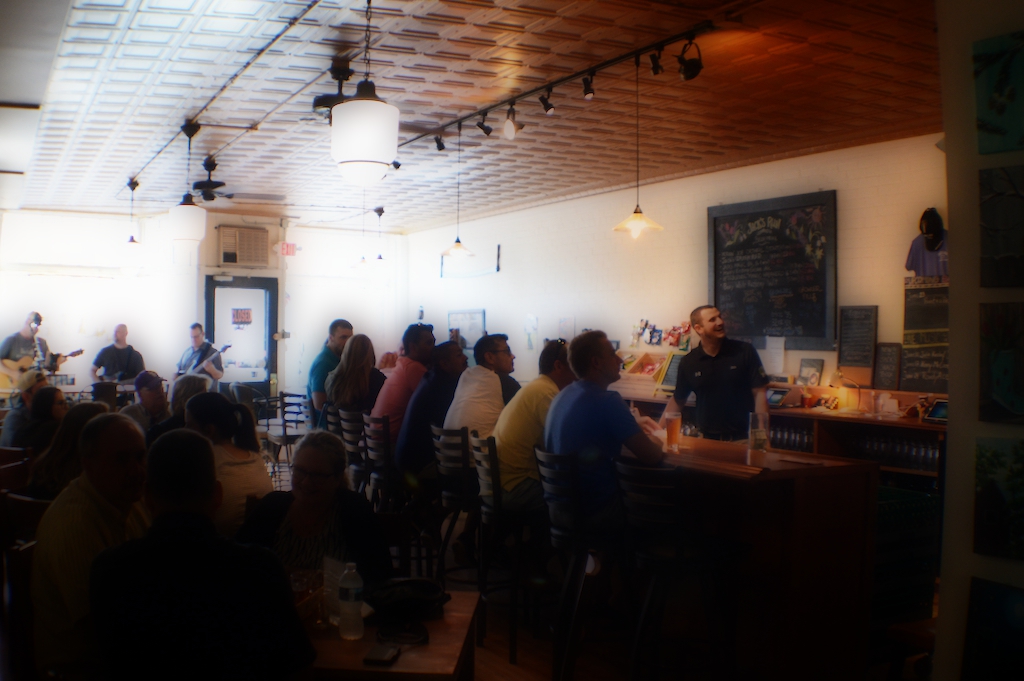